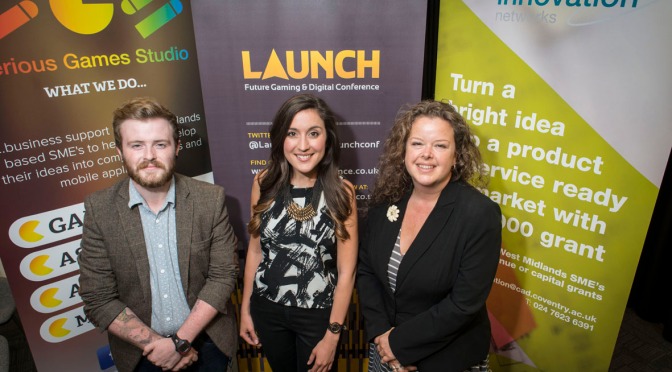 LAUNCH is the biggest event programme of its kind outside of London, connecting and supporting the region’s burgeoning digital gaming sector. The highlight of the annual programme – which is now in its fifth year – is a two-day conference for over 300 indie games developers, held during November at the Innovation Birmingham Campus. The Serious Games Studio has signed up as a partner ahead of the conference on 20th -21stNovember 2014, in order to promote the ERDF funded support available to West Midlands-based gaming companies needing to develop a proof of concept.

Features of LAUNCH’s November conference include a ‘grads in games’ programme by industry recruitment specialists Aardvark Swift, as well as a dedicated session from Microsoft on cloud gaming.

Pia Pearson, Digital Marketing Manager and Head of LAUNCH at the Innovation Birmingham Campus said: “Working alongside Coventry’s Serious Games Studio is a natural expansion of the LAUNCH programme and a great way to promote the support on offer to indie games developers based within the West Midlands.

Want to know what the Smart City Commission is talking about? Click here to find documents from their meetings

A place to share ideas and developments for a Smarter Birmingham

Are you already doing something that makes Birmingham a Smart City? Or do you have something you really want to put on the blog? Tell us what you are already doing via our simple form, or drop us a email to smartbrum@gmail.com